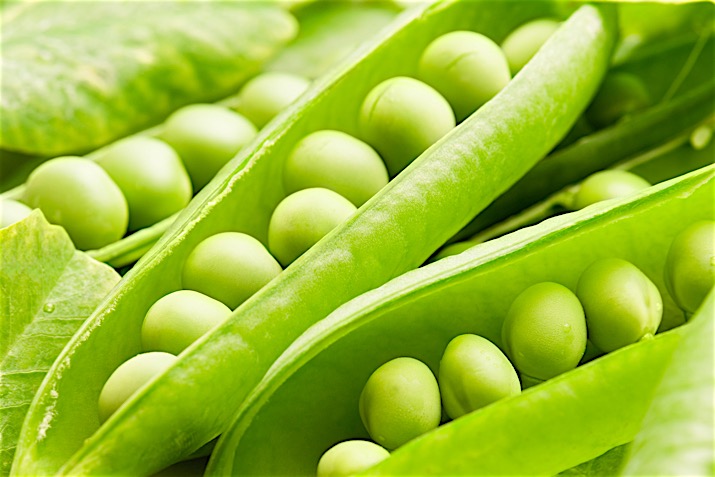 Just as people breathe, produce respires. It takes in oxygen and produces carbon dioxide. This process, called oxidation, is responsible for the breakdown (spoilage) of fruits and vegetables after harvest. You can’t stop this natural process, but you can learn how to slow it down and lengthen the life of your produce with some simple tips for storing produce.

The warmer the temperature, the faster the rate of respiration. In most cases, keeping produce at a temperature just above freezing is best to slow that process.

Wash your produce just before you use it, not before you store it. Water can cause damage. Some types of produce are often misted with water while on display in the store, but this is a tradeoff. Vegetables like it humid, and forced-air refrigeration dries them out quickly, making spraying necessary. When you get your produce home, pat wet items dry with a towel. If there’s dirt, leave it until you’re ready to prepare or eat the produce.

You want to slow respiration, not stop it. Whether refrigerating or ripening at room temperature, avoid sealing produce in airtight containers or bags. The produce may suffocate and accelerate spoilage.

Don’t keep it long. Fruits and vegetables lose flavor at low temperatures. Refrigeration dehydrates and saps sugar from produce. So plan ahead to buy what you need, and prioritize to use what you buy. 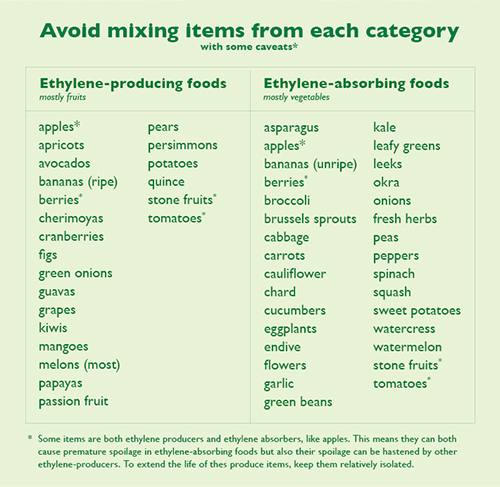 Many fruits emit ethylene, an odorless, colorless gas as they ripen. This gas will speed the ripening of nearby ethylene-sensitive vegetables, leading to premature spoilage. It is best to avoid storing fruits and vegetables near one another. Separate them from each other in your refrigerator and on your countertop.

Ethylene is not all bad, however. You can use it to control the speed at which your fruit ripens. Ethylene-producing fruits can be stored near other fruits to ripen them faster, or kept apart from them to reduce ripening speed. Examples include placing a ripe banana in a paper bag with unripe peaches, or storing an apple in a bag with a green avocado.

Everyone Saves on Co+op Deals!
END_OF_DOCUMENT_TOKEN_TO_BE_REPLACED