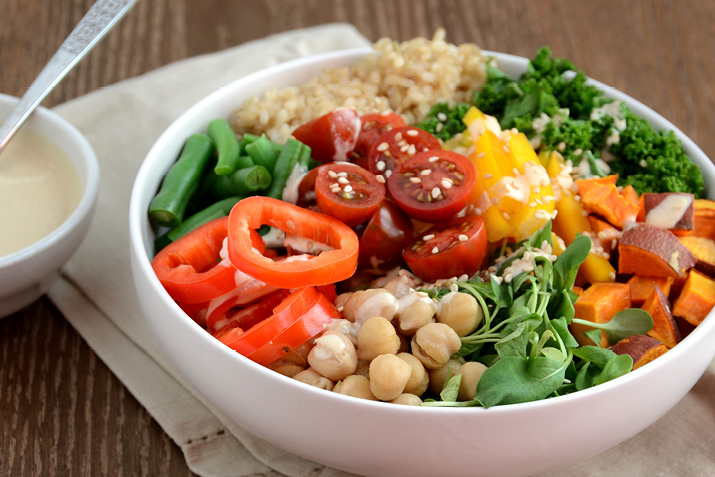 We’ve all heard Michael Pollan’s advice to eat more plants. It’s the most basic way to live lightly on the Earth, stay healthy, and even save money. While Pollan didn’t advocate going all the way and adopting a vegan lifestyle, plenty of people have taken his statement to this conclusion: Eat Only Plants.

A survey by the Vegetarian Resource Group in 2011 found that 7.5 million Americans call themselves vegan, which doesn't include the 15 million who are vegetarian. Interestingly, the numbers of people who sometimes opt for meatless meals is growing quickly, to about a third of the total population. Eating vegan—whether you're up for a single meal or going all the way—has been made easier by all the vegans in our midst raising consciousness about the plant-based way of living.

For me, it was a book. In the mid-eighties, John Robbins' authoritative text, “Diet for a New America” came out, and I got a copy from a friend. The book is divided into three sections, describing the nutritional, environmental, and spiritual reasons to opt out of foods made by and from animals. I went vegan, and stayed strictly vegan for six years or so. Then, like a lot of people, I got a little wobbly on the ban on cheese. Working as a chef and food writer, I found myself cooking and tasting animal foods, and I figured that as long as I make my living this way, I have to have some flexibility.

In the years since, I’ve been much more vegan than most people, and have found that more and more people are opting for being as vegan as they want to be, too. It’s very personal.  My own experience is that you can make a vegan diet as healthy or unhealthy as you want to—just like any other eating style. If you want to feel energetic and light, eat lots of real veggies, fruits, whole grains, beans, nuts and seeds, etc. Falling into eating too many vegan cupcakes, processed foods and snacks can make it hard to see the benefits of being vegan.

If the whole plant-based thing is foreign to you, you're not alone. The first question people ask is, "Where do you get your protein?" Well, it turns out that protein is really easy to get. The myth of complete protein (from animal foods) being superior to the collections of amino acids found in plants has been debunked. Every plant has a little bit of protein, and it all contributes to the total that you eat each day. It’s not hard at all to include some plant-based protein foods, like beans, tofu, seitan, nuts and seeds, or even quinoa (12 grams of protein per half-cup uncooked) into each meal.

And what about missing all those favorite foods? Well, believe it or not, after a period of vegan eating, your palate will likely change. Instead of expecting food to have strong flavors from meat or cheese, you may start to notice how delicious your roasted squash with garlicky kale really tastes. It also pays to learn how to make use of creamy nut milks, meaty-tasting mushrooms, and flavor-enhancing cooking methods like caramelization and roasting to give your veggies more oomph.

The main thing about adjusting to eating vegan is to give it time and be ready to make adjustments. If you're often feeling hungry, add more heft to your meals, with whole grains, nuts, and avocados. If you want to lose weight but aren’t, cut back on the richer vegan foods, and skip the desserts. Eat a balanced diet with lots of leafy greens, colorful veggies, and whole, real foods, and it will be good for you.

Having a growing vegan presence in our midst means that good vegan options in your co-op and in restaurants are becoming easier and easier to find. A big spread of hummus, baba ganoush, tabbouleh and stuffed grape leaves with some whole wheat pita from the grab-and-go section is a great plant-based meal most everyone can enjoy.

Whether you'd like to go a little bit vegan or a lot, it’s easier and tastier than most people imagine. Check out our delicious vegan recipes!

Everyone Saves on Co+op Deals!
END_OF_DOCUMENT_TOKEN_TO_BE_REPLACED