Business That’s Good for Everyone 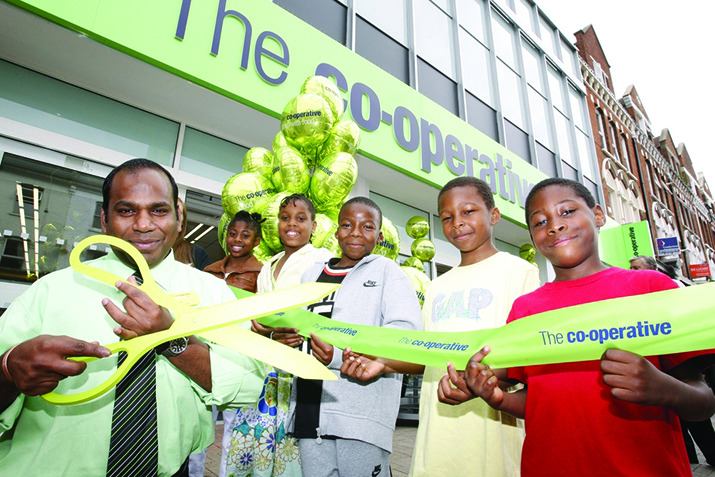 In tiny little Rochdale, England, a group of people formed a grocery co-op as an affordable alternative to the company store. When the co-op store first opened over 150 years ago, it sold a mere seven items, but it started a whole new way of doing business based on fairness and concern for local communities.

Today, cooperatives exist all over the world as a different way to offer goods and services that people want and need. Cooperation is such a powerful positive force that the year 2012 was designated the International Year of Cooperatives by the United Nations, in recognition of the influence of cooperatives worldwide. The cooperative community celebrated the year together, and two such cooperatives—one in Spain, the other in the UK—are interesting examples of what co-ops can accomplish and how they can thrive.

In the Basque region of Spain, a group of people based in the small town of Mondragon wanted to promote peace and generate employment opportunities after the Spanish Civil war. They founded a small co-op workshop making paraffin heaters. As their vision for a better world grew, so did their co-op.

Currently, the Mondragon co-op is Spain’s tenth-largest company, and the largest employer in the Basque region. Its holdings include 266 companies, and it provides employment for over 80,000 people, with revenues just under $14 billion. The co-op’s companies manufacture consumer goods, provide business services and run one of the largest retail groups in Spain, operating grocery stores, gas stations and sports stores. What a massive impact, right? That’s not all. The owners benefit from sharing in the achievements of the business through excellent wages, health care and retirement planning. What we really love about Mondragon is that they are one of the world’s best examples of how cooperative values in action make it possible to have a compassionate workplace and business success.

What it’s like to have local co-ops be a large part of daily life?  We look to The Co-operative Group, located in Manchester, England for one answer to that. Their co-op gradually grew over the course of 140 years to be one of the United Kingdom’s largest retail business groups. It is the go-to place for electronics, durable goods, groceries and gas, and their services include travel planning, legal assistance, insurance, and funeral care. The co-op has over 4,200 retail outlets, and boasts 4.6 million members and employs 70,000 people.

These cooperative powerhouses are two of many co-op success stories. These commercial enterprises are highly successful and, as member-owned businesses, they give back to and care for their communities because it's what their members want. The co-ops exist to serve their member-owners through value and values.

The theme for the International Year of Cooperatives was “Cooperative enterprises build a better world.”  Mondragon and The Co-op Group do this by bringing people together, respecting local communities and sustaining the environment. And if you look around you, you'll find co-ops large and small, in one form or another, doing the same.

Everyone Saves on Co+op Deals!
END_OF_DOCUMENT_TOKEN_TO_BE_REPLACED