A Community-Wide Education in Green Building 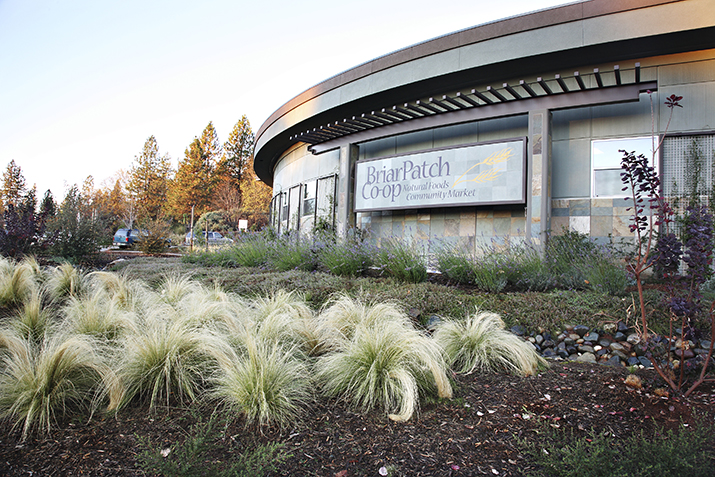 Build it and they will come. Build it green and even more will come.

That’s been the experience of the BriarPatch Co-op in Grass Valley, California. In 2006, when the co-op was making plans for a new building, they had completely outgrown their space. “You could barely fit two carts across an aisle,” said marketing manager Stephanie Mandel of the store, which is located in the foothills of the Sierra Mountains.

The store was over-crowded, and much of its equipment and physical plant was outdated or inconveniently arranged. For example, the warehouse was in a different building from the store, so food had to be wheeled outside, sometimes in the rain.

One of the things that owner-shoppers most wanted for their new store, which was constructed from the ground up, was a green building. It was important to know that the ownership was committed, says Mandel because “it’s a substantially more expensive building process.”

It’s also a less familiar process to many contractors than traditional building. Since BriarPatch was the first commercial business in Nevada County to go LEED, finding enthusiastic partners in the community was also key to the project’s success. Developed by the U.S. Green Building Council, Leadership in Energy and Environmental Design (LEED) is a set of rating systems for the design, construction, operation, and maintenance of green buildings. To achieve LEED certification, a building needs to meet rigorous standards in both construction methods and materials used.

Mandel says that they were very lucky to have several local building partners who were enthusiastic to learn about the LEED process. Ultimately, it was an education for the community. 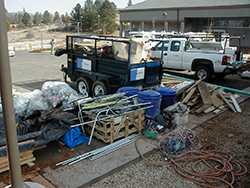 “The building contractor appointed one person just to oversee sorting through waste from the project,” recalls Mandel of the job that entailed separating metal bits here and scraps of wire there; wood in one pile and cardboard in another. Usually, all refuse from a building project goes into a single dumpster, but for a LEED building it all gets sorted. The goal is to get everything into the recycling stream, not the waste stream, which takes a fair amount of oversight and patience. It was worth it. Seventy-five percent of construction waste from the Briar Patch building was diverted to recycling.

Other partners had to be initiated along the way, such as subcontractors and the county transfer station that accepts recycling and waste. “Our project was really as an education in green building for many people in our community,” says Mandel.

Completed in exactly a year after groundbreaking, the new BriarPatch is three times bigger than the original building. It’s also considerably greener with ten percent of materials composed of “post-consumer” recycled content. Some of the key building products in Briar Patch include natural linoleum flooring and countertops; carpet backing made with a minimum of 20% post-consumer recycled content; and more countertops, some made from recycled, reconstituted glass and others made from 100% percent pre-consumer recycled wood fiber.

Last year, BriarPatch’s sales exceeded $24 million, quadruple that of the former store and an amount they hadn’t expected to reach until 2017. Although construction is far behind them, the process of being green is never ending. Two years ago, most of the lighting was replaced, and there is now LED lighting in 80% of the store. As part of a statewide California initiative, Smart Grocers, they also got LED freezer lights that fade to dark when no one is nearby. And older coolers have been replaced with more efficient ones. “The technology just keeps getting better,” says Mandel of the myriad appliance and building product choices available.

The co-op keeps an eye out for less high-tech choices, too. There is a native flower garden adjacent to the store, a water retention pond onsite for storm water management (to prevent erosion into downstream drainages) and plenty of natural light inside from windows and skylights that reduce their need for electric light.

Already, BriarPatch is looking ahead to its next stage. The store’s incredible success has prompted them to considering building a second store, expanding the present one, or even building anew. Whatever they do, BriarPatch has created a new standard in green building for their community—a standard from which there’s no turning back.

Everyone Saves on Co+op Deals!
END_OF_DOCUMENT_TOKEN_TO_BE_REPLACED