Behind the Scenes: The Making of Food 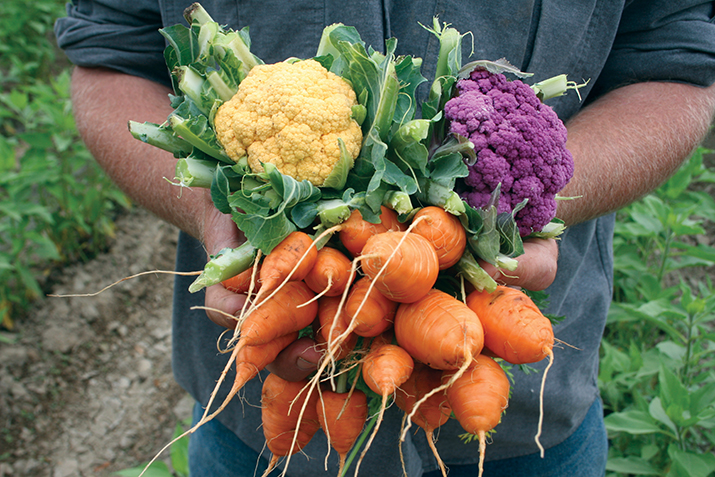 Today, the vast majority of food in the United States is produced by an industrial system built on corn and soybeans. These commodity crops are used to make a wide variety of processed foods and used as feed for livestock. Unfortunately, this system is taking a toll on human health, animals and the environment, but people are increasingly showing interest in more sustainable alternatives.

Humans first started cultivating land some 11,000 years ago, and incredibly, farming remained much the same for millennia, despite developments like irrigation, crop rotation, fertilization and pesticide application (early pesticides were mercury, arsenic and lead).

Since 1900, however, a new era of agriculture has taken shape. Machines and synthetic fertilizers and pesticides have replaced human labor and crop systems that naturally replenish themselves. As a result, instead of raising a smaller but more diverse volume of crops that nourishes the soil, farmers are cultivating staggering amounts of one or two crops on huge tracts of overworked land.

And the changing face of agriculture doesn’t stop there. For example, companies now genetically engineer plants and animals, altering the natural ecosystem in a profound way. As industrial agriculture continues its monumental spread, the list of worries that accompany it grows in parallel:

But there’s positive momentum in the food industry, too, largely due to increasing awareness of these and other issues. A wellspring of support for organic, sustainable and local food has emerged, and while its market share remains small, interest is growing steadily.

Many local farms are small-scale practitioners of sustainable, organic farming, which focuses on the health of soil, the environment and transparency for the consumer. While local isn’t always sustainable and organic, and organic isn’t always small, these categories substantially overlap and share common farming practices:

Local farmers frequently sell at food co-ops, farmers markets and through community-supported agriculture (CSA) shares, where people can subscribe to receive boxes of fresh produce directly from the farm.

Wherever you are, you have power to influence our food system with your purchases. Learn as much as you can about how your food is produced, get to know your local farmers and food producers at the co-op or farmers’ market, and above all, vote with your dollars by buying from producers whose food production methods you support.

Everyone Saves on Co+op Deals!
END_OF_DOCUMENT_TOKEN_TO_BE_REPLACED