The View from Sugar Mountain 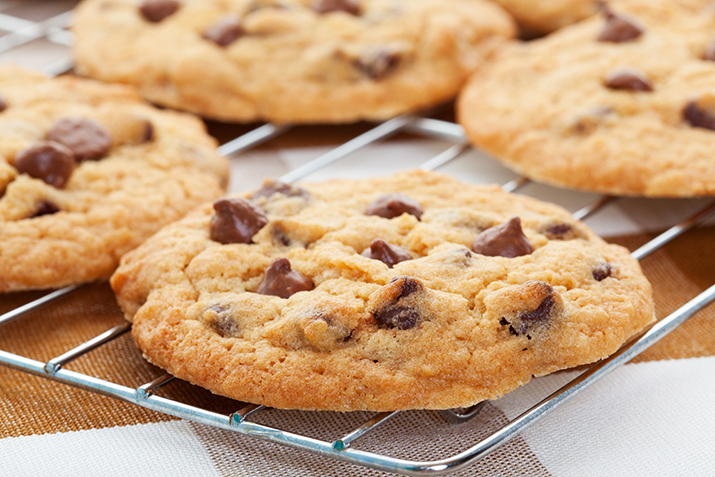 As in the classic Neil Young song, I often feel like I’m living on “Sugar Mountain,” constantly assessing my relationship with sugar, as if an ideal, healthy lifestyle is just one fewer cookie away. I like my afternoon cookie. I look forward to it as a break from my sedentary writing work. I’ve lived in cities where the lure of a fresh, large cookie was just a short block away. I’ve since learned that there’s a reason my brain craves the sugar and fat in a cookie. My hormones respond to the sugar as an addict would to a drug.

In his book The End of Overeating, former Food and Drug Administration Commissioner David Kessler describes how some foods (like my precious cookies) change the chemistry in people’s brains. Foods high in fat, sugar, and salt trigger cravings instead of satisfying hunger. They release the hormone dopamine, which is linked to the pleasure center in our brains. Over time, our brains release dopamine even while walking by a fast-food outlet at the mall (especially ones that offer appealing, tiny samples). After we eat a treat, our brains release opioids, which lead to “emotional relief.” In a Washington Post article, Kessler stated, “I used to think I ate to feel full. Now I know, we have the science that shows, we’re eating to stimulate ourselves.” That’s why a pan of freshly cooked brownies lasts only a day in my house—it’s the perfect comfort food. Yet in excess, this type of “reward” can lead to major health problems.

It’s a lot to contemplate. Now that I’m a mother, I’m aware of how sugar affects my son, too. My husband and I adopted our son from China in 2005, when he was ten months old. At the orphanage, we brought along sugary crackers to ease our son’s entrance into our lives. He was already used to sugar in his diet. His orphanage was clean and staffed by women who bonded with the children. The children, however, were fed expediently—each day they consumed two high-calorie baby bottles of sugar, rice cereal, vegetable juice, and egg yolk. Our son’s weight fell at the 25th percentile for babies his age, and he’s not overweight now. But he has a sweet tooth---and teeth that are susceptible to cavities. As he grows older, I’d like to help him find a middle ground between acknowledging his cravings and enjoying healthier choices.

My son, now finishing first grade, keeps the things most precious to him by his bed: foam bullets and gum (sugarless, but still, it’s sweet and sugar substitutes bring another set of baggage). He hides candy in secret places in his room. And he uses sweets at school as currency---to cement friendships and form bonds. Unfortunately for him, he doesn’t get to take candy to school. So instead, he bargains with me. He’ll eat fruit strips, but only if they’re sugary and branded with a familiar cartoon personality (he’s a good arguer, but he’s not always successful).

Fortunately, he loves good sugars, too. We have an ample supply of delicious local produce in the Pacific Northwest, where we live. Our son goes to a summer camp that has a huge garden, in which he and his friends can forage and eat. Last summer, when he was five years old, he even got busted by the “berry fairies” for eating too many gooseberries, blackberries, plums, and strawberries (his teacher had told him the “berry fairies” wanted him to limit his take to three or four berries per day).

We’ve planted blueberry bushes in our back yard, but they’re no match for our son’s appetite. He can plow through a pint at one sitting—certainly a “good sugar” victory to celebrate. And then there are the strawberries, apples, pea pods and carrots that he also savors.

Our sugar cravings are innate. My afternoon cookie, while maybe less frequent than it used to be, will probably never disappear from my life completely. My son’s sugar currencies will likely change as he grows older, but will exist in one form or another. For now, I try to harness his natural enthusiasm in the kitchen toward making fresh fruit and yogurt smoothies in the blender. It’s a drink that can stand on its own against a brownie in a sweet contest, but with many more health benefits.

Everyone Saves on Co+op Deals!
END_OF_DOCUMENT_TOKEN_TO_BE_REPLACED