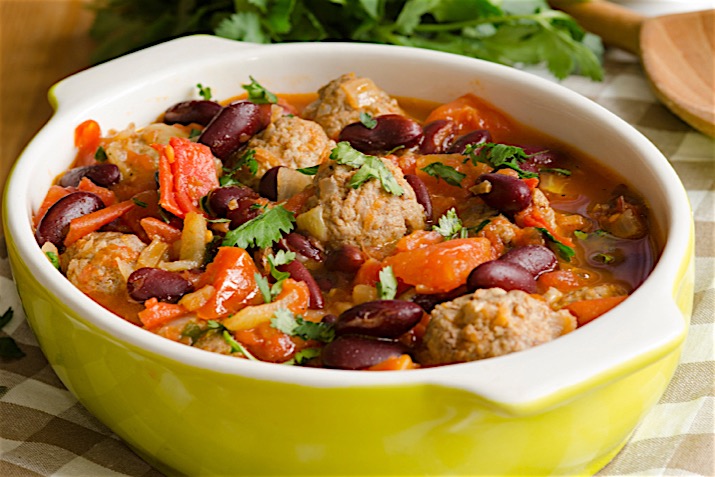 My Grandmother Dorothy was a strong woman, a minister's wife who raised three kids in the Depression, but always held her head high. She ran a tight ship, and never left the house without a curl in her hair and lipstick on. She loved having grandkids, but had retired from cooking by the time I was in my teens. When I was a little girl, visiting, she showed me a small book that she kept. There in her Formica and chintz kitchen, she showed me page after page of her perfectly neat script. In the book, she wrote down every single cent that she spent on food.

At the time, I thought it was something grandmas do for fun, and probably asked for some paper so I could get back to drawing. I would forget about the book until years later, when Grandma Dorothy passed away. The family gathered in the house, and as the process of sorting her things began, a stash of these books was found in a box. It turned out that she had kept them from the day she got married, in 1936. As we turned the pages, we read aloud: 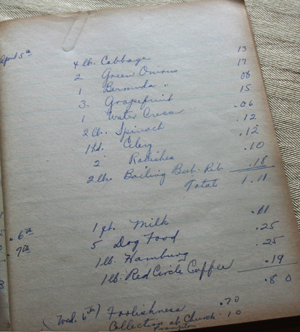 We marveled at her discipline, and the cost of milk in 1938. My mother and aunt reminisced about dresses made from flour sacks, and members of the parish bringing by a chicken or some eggs as part of my grandfather's pay.

But if there is one thing a woman learned back in my grandma's day, it was how to pinch a penny. Through no impulse other than economic, she stretched her precious expenditures to feed a family for as many meals as possible. That meant stretching the meat. Now, we stretch the meat to stretch a dollar, but know that a side benefit comes from eating more veggies and whole grains instead of so much meat on the plate.

That gift chicken would have been stewed and picked over and then the bones simmered again for stock. A soup, thickened with rice or noodles, might get the last bits of meat from the carcass, and the fat could be used to make gravy. A soup bone with a little beef on it was undoubtedly simmered to make a mostly-vegetable soup. Ground beef came up often on her list, and she padded it out with stale breadcrumbs, in meatballs and loaves, to serve with lots of noodles, vegetables and whatever salad she might have growing out back. Roasts were cooked on Saturday, so they could be stretched through the week in sandwiches and with potatoes and turnips. My Mom remembers a Sunday standard of plain buttered noodles, presented as a family tradition, not because they were on hard times.

Now, we are less inclined to fill up on "starches," like piles of potatoes and noodles, and more likely to seek out more veggies, and whole grain versions of the carb part of the meal. But the value of stretching meat be it chicken, beef or pork, still holds true today. And whether the decision to stretch meat is dictated by budget or dietary choice, there are plenty of delicious dishes that do a great job of stretching meat.

I can see why my Grandmother opted to retire from cooking for a big crowd, after all those years of pinching pennies and sweating over the stove (I'm sure she would have appreciated slow cooker options!). When I looked back over one of her books recently, I was delighted to see an entry that simply said "foolishness, 70 cents." I can just see her writing it, with a wry smile at the corner of her mouth.

Whatever it was, I hope it was fun.

Here are some budget-friendly meat-stretching crock pot recipes that are easy and delicious:

Everyone Saves on Co+op Deals!
END_OF_DOCUMENT_TOKEN_TO_BE_REPLACED