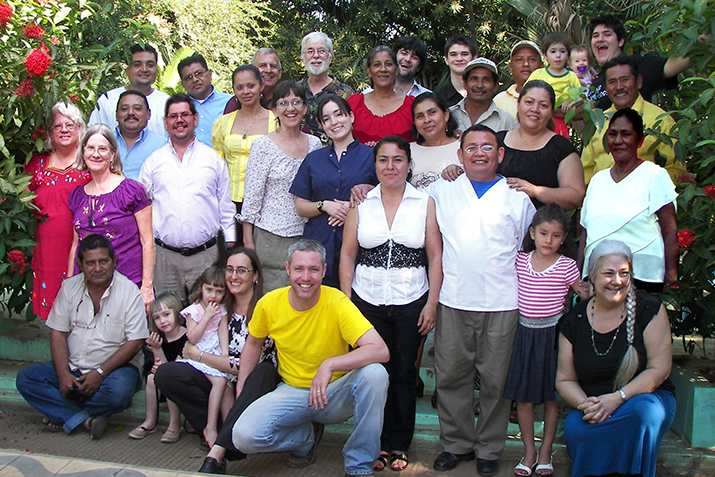 Since 1995, Once Again Nut Butter has been helping Jubilee House Community, a charity developing an expanding economic base for cooperative farming in Nicaragua. Beginning with sesame seeds planted in a four-acre plot provided by Once Again, the cooperative effort between the worker-owners in Nunda, NY (home of Once Again) and the worker-owners in Nicaragua has resulted in the establishment of 11 separate Nicaraguan co-ops supporting 2,000 families. Since the Nicaraguan climate allows three growing seasons, a cotton crop grows between the sesame seed rotations. The sesame seeds are used to make tahini, and Once Again provided equipment for Jubilee House to develop a sewing cooperative that uses the organic cotton. When Hurricane Mitch devastated Nicaragua’s economy and farmland, Once Again Nut Butter provided micro-loans to restore farmer’s fields and re-establish their crop rotation. The success of these projects and the cooperative model attracts more farmers into the program every year.

Once Again Nut Butter invests directly in building fair trade infrastructure and economic development. They are among the few companies that directly invest in this way, since it requires a much larger commitment. The time and financial resources needed to raise the standard of living among entire farming communities is an investment that takes decades to see to fruition. This effort has meant working with local community members and organizations to ensure they have access to medical care, education, clean drinking water and adequate housing.

The founders of Once Again Nut Butter, Jeremy Thaler and Constance Potter, first met while establishing the Mifflin Street Co-op, a food co-op in Madison, Wisconsin. They shared a common belief in worker-owned collectives, organic and sustainable farming and the power of community. Upon leaving Madison and moving to Rochester, New York, they established both a whole-grain bakery that used a barrel roaster for granola production and a worker’s cooperative distribution company called Clear Eye Distribution. A chance question from a friend - "You have a barrel roaster, why don't you use it to make peanut butter?" - led Jeremy to found Once Again Nut Butter in 1976. When Jeremy and Connie left Rochester for a more rural area, they moved Once Again into their 800-square foot basement where they manufactured peanut butter until the purchase of the current facility in Nunda, New York in 1981. The name, “Once Again Nut Butter,” comes from Jeremy and Connie, who "Once Again" created an employee-owned company.

One of accomplishments of which Once Again is most proud is the instrumental role they played in developing organic peanut-growing standards for the United States. They subsidized the organic peanut crop for its first five years and are the first company in the nation to introduce Organic Valencia Peanut Butter. In addition, they hold the patent on the “No Stir” organic peanut butter process. Once Again Nut Butter has continued to grow over the years by expanding their product line and acquiring Dawes Hill Honey in 1992. Since that acquisition, they have been engaged in honey farmer sustainability projects in Central, South and North America.

Once Again Nut Butter is thrilled to be able to support cooperatively-based economic development, fair trade and sustainable farming as an integral part of the way they do business.

Everyone Saves on Co+op Deals!
END_OF_DOCUMENT_TOKEN_TO_BE_REPLACED