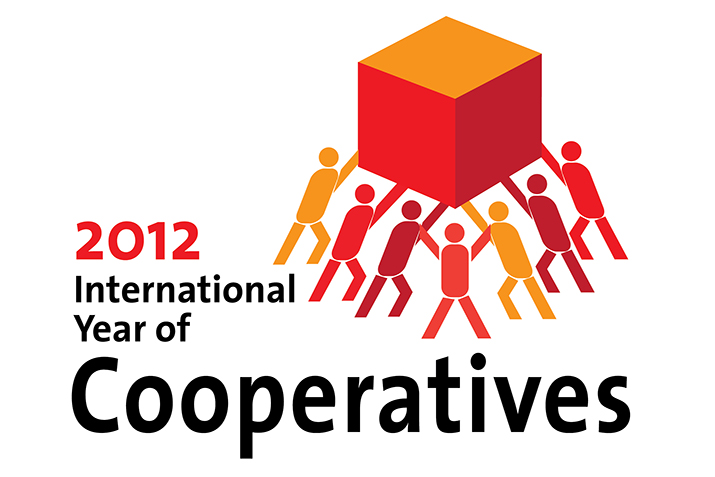 The United Nations declared 2012 as International Year of Cooperatives and we, along with co-ops around the world, celebrated the occasion. Each year, the United Nations seeks to raise awareness of ideas or initiatives that truly make the world a better place. And while we may be a little biased (as a cooperative representing a virtual chain of food co-ops), we were thrilled about the opportunity to highlight the many benefits cooperatives bring to their communities. According to United Nations Secretary-General Ban Ki-moon, “Cooperatives are a reminder to the international community that it is possible to pursue both economic vitality and social responsibility.” We couldn't agree more.

International Year of Cooperatives was officially launched at the United Nations New York headquarters in October 2011 with the theme, “Cooperative Enterprises Build a Better World.” “Cooperation is a real solution for today’s challenges,” said Charles Gould, the director general of the International Cooperative Alliance. United Nations “year of” designations may come and go, but for cooperatives, the 2012 spotlight represented an opportunity for co-ops to build on their global presence.

Cooperatives are all around us—in the U.S. and around the world. More than a billion people are members of cooperatives and the international cooperative movement has a strong global impact. If the world’s cooperatives were a country, it would be the size of Spain, represent $1 trillion in revenues, and rank as the tenth largest Gross Domestic Product in the world. This economic activity is all the more impressive because it is generated by people working together in a democratic fashion to meet their own needs while benefiting the local economy and the community. The United Nations' acknowledgment of the value of cooperatives is important recognition for of the positive contributions co-ops deliver to our nation and our world.

The cooperative model is a business model that is based on values and focuses on fairness, transparency and democracy. This values-based focus doesn't mean standard business practices--like efficiency, effectiveness and profitability—take a back seat. Far from it. Cooperatives seek excellence in all aspects of their business while upholding their values and principles.

In addition to cooperative values, most cooperatives adopt a set of seven cooperative principles. The sixth principle, cooperation among co-ops, is one that will be highlighted in 2012 as co-ops celebrate the year together.

The International Cooperative Alliance (www.ica.coop) has a goal that by 2020, cooperatives will be the fastest-growing business model worldwide. Indicators so far are positive; interest in cooperatives is already growing. People around the world play an important role in this development by supporting their local co-ops with their investment and patronage, taking part in creating businesses that serve the greater good and build a better world.

Be sure to check out www.stories.coop for more information about the world’s cooperatives and their activities and don't miss the International Year of Cooperatives videos we created to celebrate the year.

Everyone Saves on Co+op Deals!
END_OF_DOCUMENT_TOKEN_TO_BE_REPLACED