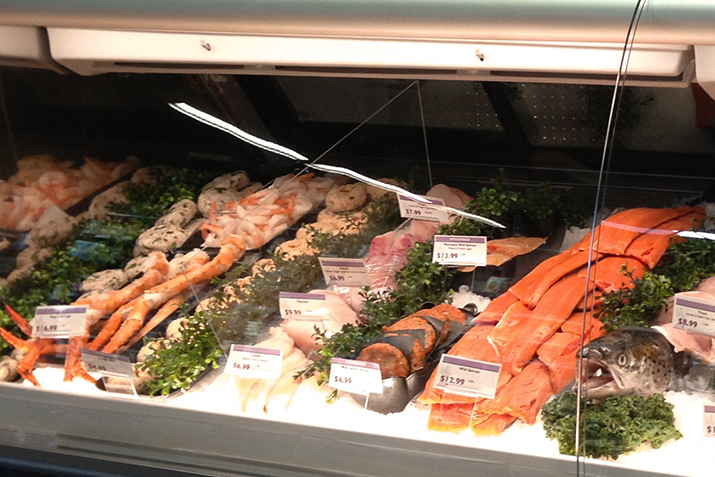 If you’re looking for “brain food,” just head for the water. Fish and seafood contain omega 3 fatty acids and nutrients that boost brainpower and cut coronary risk. But some fish are also high in mercury, a toxic metal that can impair neurological and cardiovascular health.

Luckily, there's a way around this dilemma. While most fish contain at least trace levels of mercury, some have much more than others. These are the "big fish": those that are larger and longer-lived, like swordfish, king mackerel, shark, some kinds of tuna, and tilefish. But you don’t have to avoid these high-mercury fish altogether; to stay on the safe side, just eat them occasionally and in moderation. (If you're pregnant or breastfeeding, though, you'll want to avoid them completely.)

Better yet, choose fish that are low in mercury, like catfish, cod, crab, lobster, perch, oysters, rainbow trout, salmon, scallops, and tilapia. With all the choices available, you’re sure to find a favorite.

Tuna is a special case, both in and out of the can. In general, bigger tuna (like tuna steaks) are higher in mercury than smaller tuna. And "chunk light" canned tuna, which uses skipjack tuna, is lower in mercury than "white" or "albacore" tuna. But occasionally some yellow fin, with its higher mercury content, swims into that chunk light can, so keep an eye on food labels to be sure you’re getting a low-mercury meal.

If you don’t have all these fish names memorized, no need to worry. Just talk to the staff at your co-op’s seafood counter, and check out the Monterey Bay Aquarium’s seafood recommendations. They’ll tell you more about mercury content, as well as which seafood is caught or farmed sustainably. So reeling in the right fish is actually pretty easy.

Everyone Saves on Co+op Deals!
END_OF_DOCUMENT_TOKEN_TO_BE_REPLACED