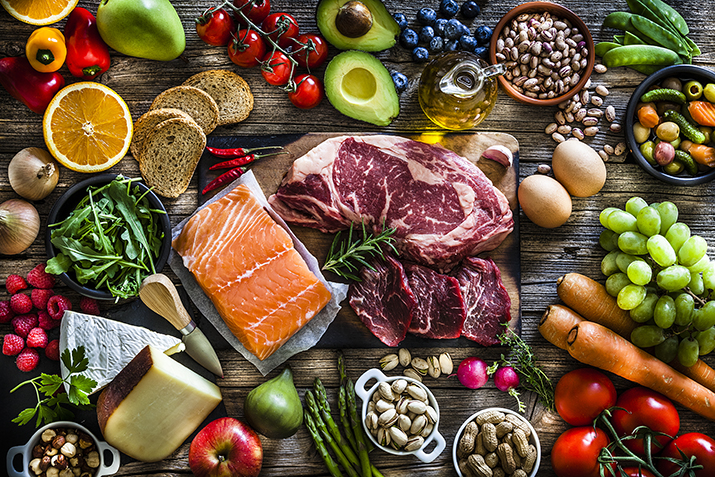 Food shopping can be confusing, but learning the language doesn't have to be an exercise in frustration. This glossary explains food terms you’re likely to encounter so you can get to the bottom of what you’re buying and eating.

When it comes to food labels, definitions can run the gamut from federally regulated standards to third-party organizations that certify food to a single set of standards. Still others are completely open to interpretation and easily misunderstood. When in doubt, ask your co-op staff for help interpreting food terms on packages, or talk directly to the producers at your farmers market to find out more about their methods.

Generally, these terms mean that the product was made by hand with great care and high-quality ingredients. They are most frequently applied to items like bread, chocolate, cheese, vinegars and jams.

Based on the work of Austrian philosopher Rudolf Steiner, this method of farming is similar to organic agriculture but is additionally rooted in a holistic understanding of nature. It involves treating and managing a farm as a living organism that needs to be nourished and replenished, as well as used for its resources.

Poultry that's cage-free is allowed to roam, but not necessarily outdoors. This allows poultry to engage in some natural behaviors, such as walking, nesting and perching. This term is not regulated by USDA nor by third-party certifiers for fresh poultry, though it is regulated for eggs that are graded by the USDA.

The USDA's Food Safety and Inspection Service and Agriculture Marketing Service evaluate meat products for class, grade, and other quality characteristics. Their findings are then represented on food labels as “Certified,” such as “Certified Angus Beef.” The word “Certified” can also mean a product meets standards defined by a third-party, nongovernmental organization or trade group. In such cases, the USDA requires that the word “Certified” be printed in close proximity to the name of the certifying organization or standard, such as “Fair Trade Certified.”

Products that are created via standard practices accepted by the agriculture industry are often called “conventional.” This isn’t an official term, but it implies that the product did not undergo any special production or certification processes, which means it may include pesticides, antibiotics, hormones, or genetically modified traits. It may also have been produced with agribusiness practices like use of synthetic fertilizers and monoculture cultivation (in which land is used exclusively for the constant cultivation of a single crop—a practice that leaves soil depleted of nutrients and often requires synthetic fertilizers, pesticides and/or genetically modified crops for continued use).

A market-based approach to reducing poverty and empowering farmers around the world by encouraging fair wages and labor conditions and promoting environmental sustainability. Fairtrade is the world’s largest and most recognized fair trade system, consisting of Fairtrade International and Fairtrade America. Products labeled as fair trade must be certified by a third-party organization to international standards.

The American Cheese Society classifies a cheese as “farmstead” if it is made with milk from the producer’s herd or flock and crafted on the farm where the animals are raised.

This term indicates the interconnected nature of a local food system. In the same way a rivershed is comprised of diverse, interdependent plant and animal species, a foodshed is made up of local and regional food producers, their customers, and the retailers (food co-ops, farmers markets and independent grocers) that carry their products, creating an integrated local economy.

This USDA regulation means that the animal has been allowed access to the outside. The government doesn't specify that poultry must go outside, for how long, or the amount or kind of space that must be provided, but the idea is that poultry is free to roam outdoors and engage in natural behaviors. USDA’s free-range certification only applies to poultry, not eggs.

A GMO is a plant or animal produced by genetic engineering. Genetic engineering is direct manipulation of a plant or animal’s DNA by humans to speed up or circumvent natural evolution. This may involve inserting genes from one organism into the DNA of another unrelated organism, as with AquAdvantage Salmon.® Newer techniques involve removing naturally occurring genes in a process known as gene silencing or gene editing, such as the Arctic Apple.®

Indicates the absence of gluten, which is composed of two proteins that naturally occur in some grains, including wheat, spelt, and rye, and products derived from these grains. Since 2014, the U.S. Food and Drug Administration (FDA) has regulated that gluten-free claims can only be used on foods that contain less than 20 parts per million (ppm) of gluten. This is in line with international standards.

Grass-fed or pastured beef comes from cattle fed a natural diet of grass and allowed to graze outdoors for food. Many grass-fed cattle are then “finished” on a diet of grain to increase their weight before slaughter. Look for beef labeled “grass-finished,” or “100% grass fed,” which means that cattle lived their full lives on a grass diet.

Heirloom, or heritage, species are seeds and livestock breeds that have been cultivated over generations. There is no official definition, but it is widely agreed that seeds are open pollinated, and a strict interpretation of the term requires that the species be at least fifty years old and not commercially cultivated on an industrial scale.

A highly refined sweetener derived from corn, commonly found in a wide variety of packaged and processed foods, candies and beverages in the United States, including soft drinks, yogurts, salad dressings and soups.

Humane treatment of animals does not have a legal definition. However, the “Certified Humane” label indicates that the meat comes from animals that were able to engage in natural behavior, given ample space, provided clean water and a healthy diet free of antibiotics and hormones, as well as handled, transported and slaughtered using techniques that minimize stress for the animals.

A science-based approach that draws on a variety of pest management techniques with the aim of reducing use of pesticides, including pest prevention methods, pest population monitoring, companion planting, predatory insects, sanitation and disruption of insect behaviors.

There is no standard agreement about what constitutes “local food,” definitions can range from a regional, multi-state area to within miles of a given location. Ask a staff member for more information about how your grocery store defines their local food area.

This term is defined by the USDA only for meat products, which should be only minimally processed and contain no artificial ingredients or added colors. As defined, the term is broad enough to cover most meats. The label may be added to products at the meat manufacturer’s discretion—the USDA does not investigate every claim. On produce and packaged food labels, “natural” is a marketing term, suggesting that the product was created without the use of artificial ingredients. Because the term is not regulated or verified by a third-party certifier for non-meat products, however, shoppers should be wary of the claim.

Industrial meat companies often add antibiotics to animals’ food to prevent disease caused by cramped and unsanitary conditions, a practice that is raising concern about the emergence of antibiotic-resistant illnesses in people. The USDA allows the label “no antibiotics added” or “raised without antibiotics” on meat or poultry products. However, the use of these terms is not verified by third-party certifiers and is largely based on information given by the producers themselves, thus reducing the strength of such labels. The term "antibiotic-free" is not defined or approved by the USDA.

Industrial meat companies use hormones to promote growth and milk production in cattle. The USDA regulates the label “no hormones administered” on beef, and federal law does not allow hormones in raising hogs and poultry.

The term organic is regulated by the United States Department of Agriculture (USDA) and refers to crops and animals raised in accordance with organic standards, which include the avoidance of synthetic chemical inputs (pesticides, fertilizers), avoidance of GMO seeds, avoidance of growth hormones, antibiotics, irradiation and sewage sludge. Organic certification happens through a third-party certifying agent, and must be renewed annually through a successful inspection.

Pasteurization is the process of heating foods to kill pathogenetic bacteria. The USDA regulates the use of this word in food labeling and in some cases may require certain foods to be pasteurized. Homogenization, when it refers to milk, is a mechanical process that breaks down the fat globules so that they are uniform in size and distributed evenly throughout the milk. Some milks are pasteurized, but not homogenized, so the cream rises to the top.

Labels of “pesticide-free” and “no spray” are not regulated or verifiable.

A system of farming principles and practices that increases biodiversity, enriches soils, improves watersheds and enhances the ecosystem. Regenerative farms use at least four of these six techniques: compost application, cover crops, crop rotation, green manures, no-till or reduced tillage and/or organic production. This type of farming is particularly good at drawing carbon out of the atmosphere and sequestering it in the soil, making it a leading technology for slowing climate change.

The term sustainable describes a restorative system that does not systematically degrade resources. The most commonly used definition says that sustainable systems meet the needs of the present without compromising the ability of future generations to meet their needs. Another definition we love is simply, “Enough, for all, forever.”

Products labeled “vegan” do not contain any animal products, including meat, dairy and animal byproducts.

Fruit that has been allowed to ripen on the vine or tree instead of being plucked early to “ripen” via treatment with ethylene gas during long-distance shipments to retail locations.

How Does Fairtrade Fight Poverty?

Everyone Saves on Co+op Deals!
END_OF_DOCUMENT_TOKEN_TO_BE_REPLACED