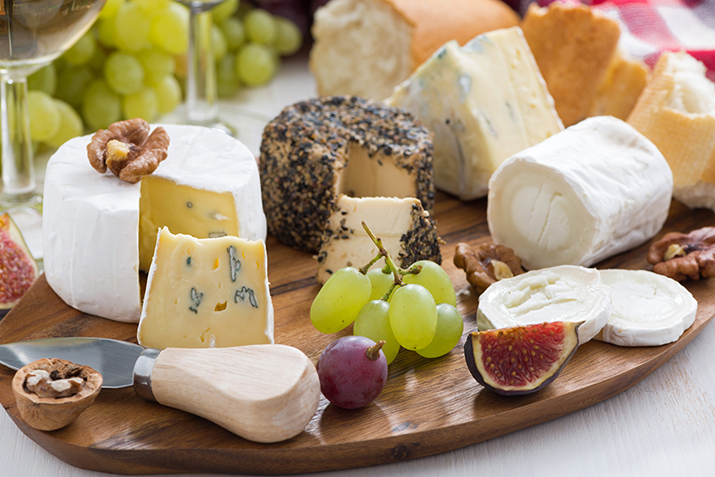 Good cheese is a bit of an investment, and you'll want to savor every last morsel, so it pays to know the best way to store cheese to maximize its flavor and freshness.

Problem is, there's a fair amount of controversy on the subject. The U.S. Department of Agriculture is among those that recommend wrapping cheese tightly in plastic wrap, to keep it moist, then storing in the refrigerator. At the same time, some cheese connoisseurs suggest that plastic wrap is the enemy (contributing to mold production). Certain cheese experts say paper made specifically for cheese is the only way to go, while others say waxed or parchment paper is just fine, too.

Here are some points of agreement to help you decide on the method of storing cheese that works best for you:

Cheese contains enzymes and bacteria that need air to survive. Too much moisture will promote mold growth, while too little will cause the cheese to dry out. The goal of wrapping cheese is to provide some breathability without allowing the cheese to become dry. One good way to do this is by wrapping in cheese paper, which provides some access to air while protecting moisture. Another is to wrap in parchment or waxed paper and then loosely in plastic wrap or a plastic bag.

To store a large block or wheel of cheese (larger than three pounds), consider wrapping it in damp cheesecloth, then in paper (whether that’s cheese, waxed or parchment paper) followed by loose plastic wrap.

Soft, creamy cheeses (like Brie or Camembert) might do better if wrapped in plastic to prevent them from drying out. If you're in the no-plastic camp, wrap tightly in paper.

Place very soft cheeses, like fresh mozzarella, in water in a plastic container. Change the water every couple of days.

Store a strong cheese, like blue cheese, in its own plastic container after wrapping, to prevent odors from migrating.

Whatever you wrap your cheese in, it's a good idea to re-wrap it in fresh paper or plastic every two to three days.

The best temperature for cheese storage is between 35 and 45 degrees F, with high humidity. The crisper of the refrigerator is usually a good choice. If you have a nice collection of cheeses, you may want to designate a drawer or container in the fridge just for cheese.

Freezing isn't generally recommended because cheese will become crumbly after defrosting. The flavors will also be altered. If you do freeze cheese, thaw it in the refrigerator and use it for cooking.

How long will your cheese last?

The harder the cheese, the longer it will keep. Semisoft cheeses will usually keep for several weeks, while hard cheeses can keep for up to a month. Soft cheese will only last for a week or so.

What to do if your cheese starts to mold

There's no need to toss cheese that has developed mold (as long as it’s not soft cheese or blue cheese). Simply cut off the mold plus about half an inch around and below it, and use the remaining cheese.

Learn more about different varieties of cheese and ways to enjoy them in the below, in more cheese articles and recipes with cheese:

Everyone Saves on Co+op Deals!
END_OF_DOCUMENT_TOKEN_TO_BE_REPLACED